Let’s face it Windows Phone OS is pretty nice. Even if you are an iOS or Android guy you have to admit that. The Nokia (soon to be Microsoft branded) phones are also pretty nice. So why don’t you own one? Well for most people the answer is that there are just not enough apps. So why don’t developers write more apps for Windows Phone? - Well because there are just not enough users to justify the effort. Tough problem to be in. If only Microsoft would have taken their already popular Windows Mobile OS and spun it into an answer to iPhone quickly - they could own the spot that Android occupies today.

So what can they do? There is a lot of press going around right now suggesting that they should open Windows Phone up to run Android apps. This is such a horrible idea I’m not sure it even needs further discussion. It would basically turn Windows Phone into another Android skin, and Nokia into just another Android phone. It would also kill any chance they have of attracting devs to the Windows Phone and ultimately Windows 8 app development platform. So what can they do to attract developers to their platform? The quick answer: just BUY them.

Microsoft is sitting on mountains of cash. Instead of going the long way around and trying to market your phone to get more users and then hope that more users will encourage more developers, I say just cut out the middle man. Am I suggesting they just put all Windows Phone developers on the payroll? Of course not! But there is at least one clever thing they can do to help reward developers for taking a risk on their platform while encouraging the creation of quality apps: offer a monthly paid bonus to the top ranking free apps. Before discussing how this would work, let’s go into drill down into some of the problems MS has had in attracting developers.

One of the biggest mistakes Microsoft made with Windows Phone developers what trying to copy Apple. The said, hey if Apple charges developers a yearly fee to be on their platform we should charge a yearly fee. If Apple takes a huge cut of developer profits, we should take a huge cut. And so on. The problem? Apple already owned the mobile apps space and Microsoft was entering it in basically 4th place. You just can’t do that. Since then they have dropped the yearly fee, made sure there were free development tools and I think they even lowered their cut from 30% to 20% once an app reaches 25,000 in sales - but it is too little too late.

So back to this app bonus idea. For starters it would only apply to free apps. Free apps are the life blood of a mobile app ecosystem. The more free choices there are the more chance users will choose your platform. Even though a developer decides to give away his app, doesn’t mean he still wouldn’t like to make some money from it. Most free apps have ads to at least generate a small amount of revenue. If enough users download them that is. The ugly truth is that the vast majority of apps, iOS, Android or Win Phone apps don’t bring in enough money buy yourself a daily coffee let alone help you break even on your effort. This includes ad-sponsered and paid apps as well. And it is only getting worse. So as a developer if the odds are so heavily stacked against you already, why would you choose to develop on the least popular platform? This is where Microsoft could swing things in their favor.

The plan: Microsoft could offer a graduated, paid monthly bonus for the top ranking free apps in each category. At a basic level it would work like this: at the end of each month the month’s daily rankings would be averaged into a monthly rank. The top 20 apps in each category, for that month, would receive a check based on their rank. Maybe $20K to the first place winner, 19K for second place etc. and maybe scales it down to $1K for 20th place. (Maybe extend it out to the top 100 with even smaller amounts?) The actual details and dollars amounts are up to Microsoft. MS could even roll this out for a limited time, say 1 year, to see how it goes. The important point is that this would drive developers to take a bet on Windows Phone by giving them real chance at earning some money - a much better chance than they would get on the crowded iOS or Android store anyway. And the market itself would pick the best apps. The best apps earn money, Microsoft gets more apps - everybody wins.

What do you think? 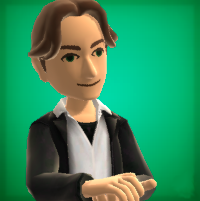